These pages contain details of Bromham’s history and the history of its church and social centre as well as links to further resources and the gallery of images taken on the day we had a Royal Visit!

Bromham has a long history as a settlement, with archaeological evidence stretching back to Mesolithic time. More permanent settlement came in Neolithic times and finds have included flint tools, an axe head, an arrowhead and there is also a possible long barrow in the parish.  The areas saw a long period of Roman occupation and four villa sites have been discovered in the parish.  The village also saw action during the Civil War.

Much of the parish lies on the only extensive area of Lower Greensand in the county (see Geological sheet 266) and this geology has greatly influenced the economic development of the area.

There have been three main strands of economic activity in the local history. The light soils provided early cultivation and good crops as is still the case in the village today. From the early 14th century there was a well-established weaving industry here and by the early 16th century clothiers had emerged.  This industry collapsed in the 17th century and instead agriculture, and later horticulture became dominant with many small holdings and market gardens. 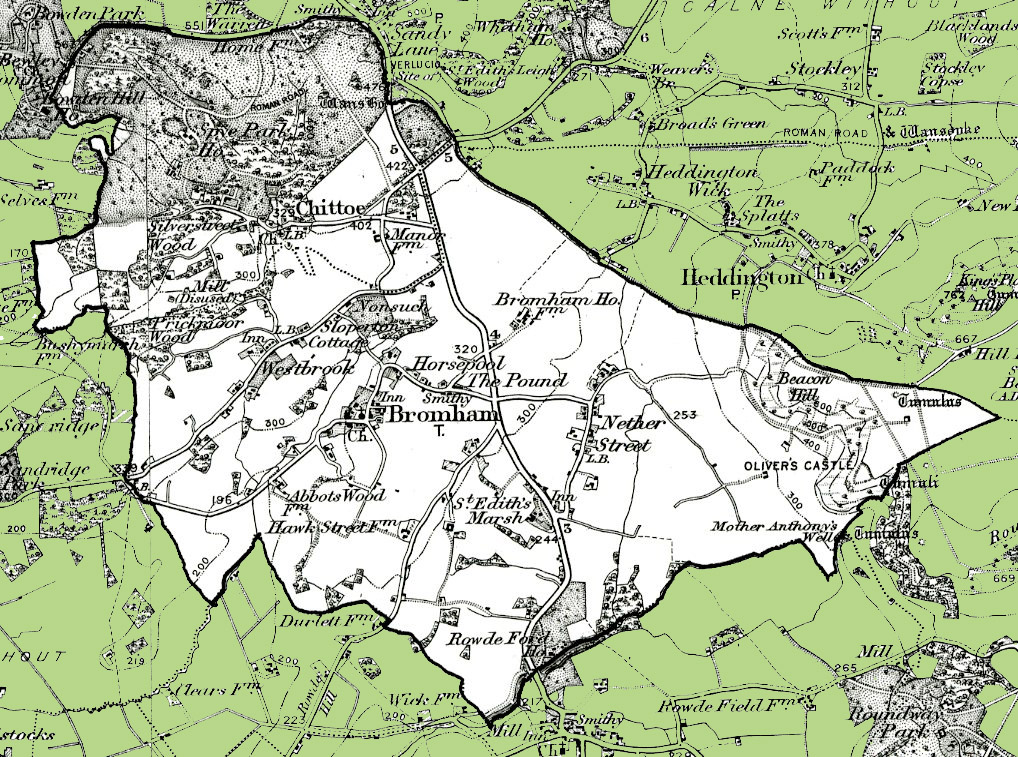 A more extensive and detailed account of Bromham’s history can be downloaded here.

St Nicholas Church in Bromham has its own history documented on its website including details of a book on the church’s history by parishioner John Drew ‘A History of St Nicholas Church, Bromham, Wiltshire, its Chantry Chapel and early Patrons.’

Tuesday July 17th 2007 was a momentous day for Bromham, with a visit from the Duke and Duchess of Cornwall. Images of the day can be found here.